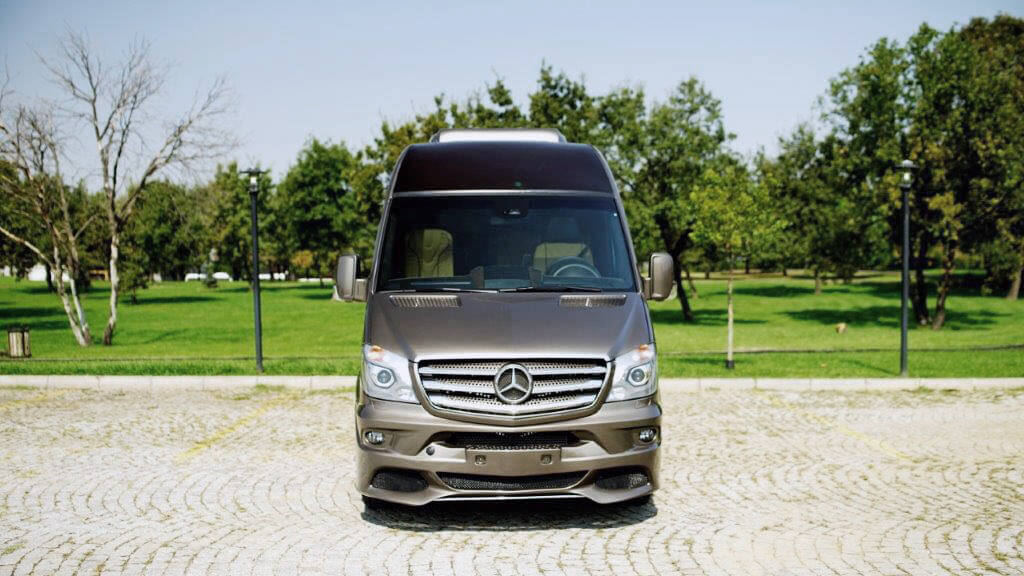 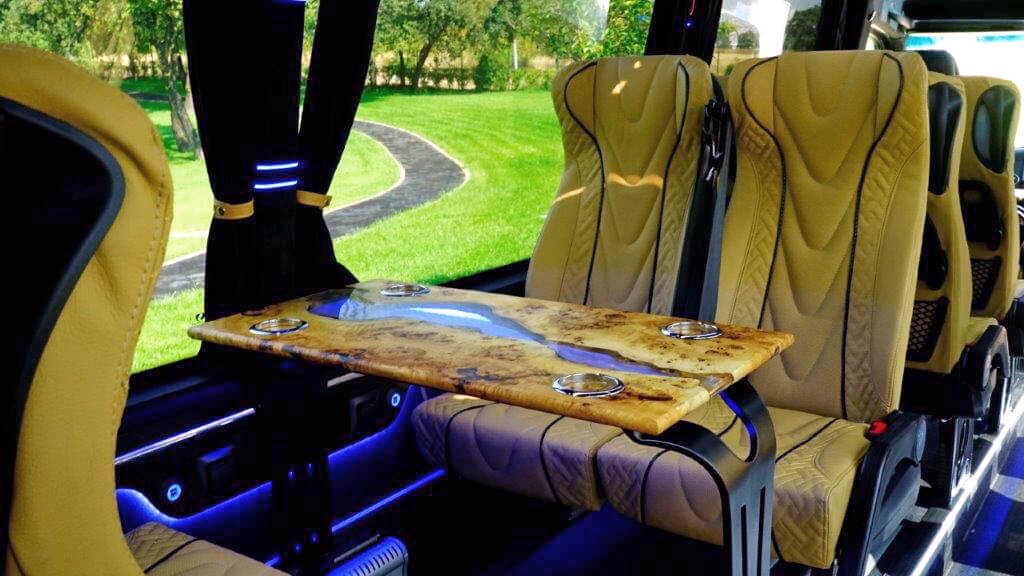 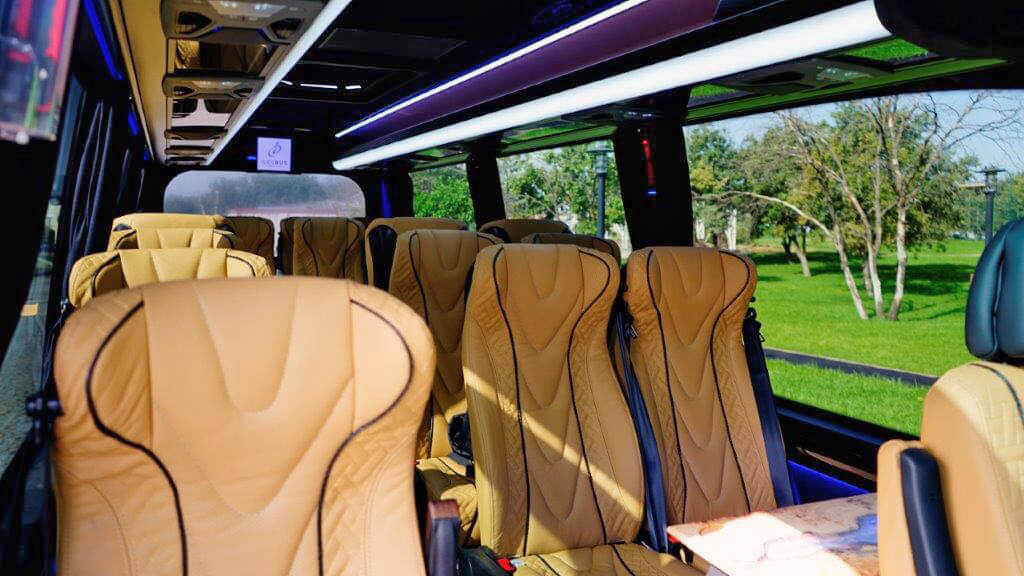 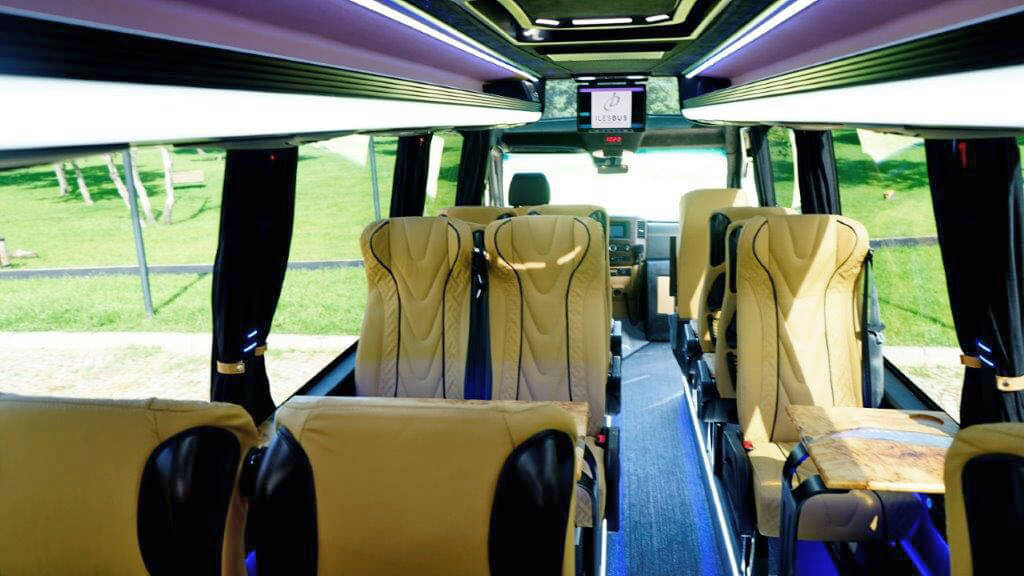 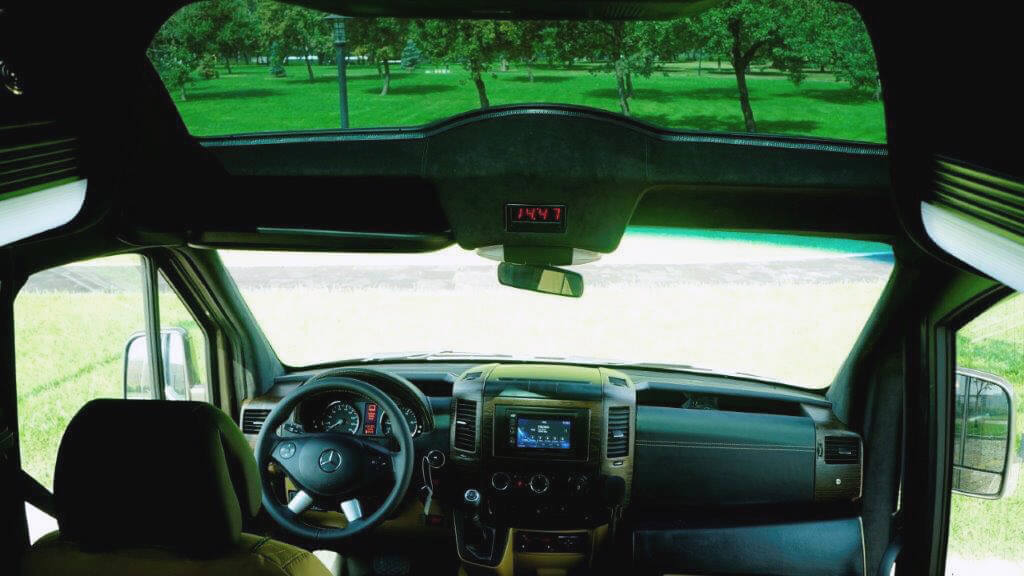 This is the flexible top minibus of Mercedes: the Minibus 18 pax is suitable for day travels for large groups of people. With a length of just under seven metres, the Minibus 18 pax is the right choose for this kind of needs.
The standard equipment of the Minibus 18 pax reflects its great flexibility: whether with a luxury driver’s seat or sliding door with electrically operated entry step, with a heat exchanger in the passenger compartment or hot-water heater with auxiliary heating function – the Minibus 18 pax is ready for a wide variety of assignments.

Sprinter minibuses are the ideal choice for transporting a certain number of passengers and on narrow roads. In the city, on long distance routes and on tourist trips. For this reason, the new generation of minibuses is also based on the four already known construction series. In the autumn of 2018, the offensive of the models of the new generation of Sprinter minibuses began with the Sprinter Transfer 23 and 35, the Sprinter Mobility 23 and the flagship of the Sprinter City-Sprinter City 75 construction series, completely renovated – were the first vehicles of the new Sprinter generation launched on the market.

Mercedes-Benz Sprinter – sales champion, innovation pioneer and symbol of an entire vehicle segment. The new Sprinter has been reinterpreted by Mercedes-Benz to start a new era of minibuses. With an elegant design, which incorporates the typical features of the brand, revisited components such as the engine and mechanical parts of the chassis, a new dashboard and much more. One thing is clear: the new Sprinter minibuses will also be the reference point for their segment in the future.

By continuing to use the site, you agree to the use of cookies. more information